ABCD is not enough!

Such were our first life tutorials. Probably all of us subscribed to them & learnt to eat, sleep & drink.

As a kid, I was extremely scared of dogs. I was so scared that all my actions were inhibited by this dog-phobia. With even the slightest indication of a dog nearby, I could sense the chill that ran down my spine. This wasn’t because the dogs were intimidating. Instead, the tutorials were. If you wish to anticipate the extent of my fear of dogs, think about your confidence to say/write (or even, think) against the unity. I mean, Statue of Unity.

One fine morning, my fear was ready to take a toll on me. Sharma uncle from the neighbourhood visited our home & my papa called me up to show off that his 3-year-old has learnt the ABCD. So the examiner in Sharma uncle was ready with his questionnaire & he, with his heavy voice, started the quiz, of course with no lifelines.

I was so scared that I held papa tight, raised a finger towards Sharma uncle & almost cried,
"D for doggiee.!!!"

Talking about today's world where there's so much to see, so much to do & so many people to spend time with, there's one growing concern among all of us. And to address that concern, the best we have done is to put it on our t-shirts. Yes, I'm talking about mood-swing.

Just when you thought that ABCD is a mere lingo for kids to start learning the English alphabets, I thought of adding more to the learning curve. Think of all types of different moods that you usually find yourself in. I thought about the same & here’s my addition to the learning curve, or trouble.
A for aggressive, B for boring, C for calm & D, for not doggie!! D for doubt.

But, ABCD is not enough..

Lets start with your first mood, mood A – Aggressive.
When was the last time you had a fight with one of your peers on the religious/political front? That verbal spat & fierce exchange of words! How about that heated argument with your parents on the most overrated issue of human history, marriage! And how can you forget the last time you screamed on someone in your city’s heavy traffic!!
In all these instances, you were high on adrenaline. You could feel the blood pumping through your veins & your pulse rate was so high that you feared of skipping a few heartbeats! Because, you were in an Aggressive mood.

Calm down yourself because we’re switching to a lazy Sunday afternoon. Recall those hours when you spent all your time in filling up a full-page with your signatures. Think of all those phone calls to friends & family that were tempting to make but boring to take! And it was so silly of you when you had nothing to feed because all you relied was on your FB news feed!! Apologies if I made you felt back in your most comforting, Boring mood.

By the way, how did the world seem to you when you got your first job? How did it feel after cracking that competitive exam? And how about catching that train which you almost missed? Leave it all aside, just think of that time when the nature was calling upon you heavily and finally you got some time/place to reply to that nature’s call!
Instead of this elaboration, I now realise that I should have simply written MS DHONI and you would automatically know that I was talking about the Cool mood.

What exactly happens to you when you spend hours in a shopping mall & narrow down on 2 of your favourite jeans but can afford only one of them? How do you feel when asked to choose between the most comedy movie & your favorite romantic movie? What are your thoughts when you’re watching a CID episode & there’s a scene of a milkman/postman/breadman/waterman/plumber/driver/servant entering when the kid is alone in the house? Both you and Daya, are actually in Doubt.


An image could’ve saved both your time & mine. But as a writer, you’ll always find yourself in a ‘D’ (doubtful) mood. 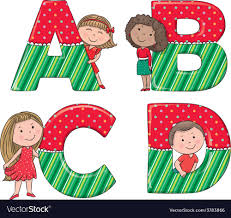 But ABCD, is not enough..

So what's the point here? Am I trying to say that being calm is better than being in doubt. Or am I trying to make a point that our boredom should always be replaced by aggression. No, absolutely not! I may be a bad writer but don’t you dare question my sophistication!

We are humans, & the design of this nature gives us every right to laugh, cry, yell & of course, smile. Here’s the bottom line. It’s completely alright to have these 4 different moods within us.

But ABCD is not enough..

When we're all pumped up & in aggressive mood, we want everyone else to be so. When we're tired of the worldly affairs & experience boredom, we don't appreciate someone too energetic. When we're calm, we don’t entertain aggressive behavior of others & when we're in doubt, we feel uneasiness in the company of a few confident folks. Still, it’s okay to have aggression, boredom, calmness & doubt. It’s good to have these ABCDs.

But, ABCD is not enough..

Here lies the bone of contention. All of us are not always in the same mood. And when 2 people, in different moods, meet each other, a conflict is bound to arise.

There's a big reason to worry. But there's a very small remedy to our worries. All we need to do is to take just one more step ahead & move from D to E, which stands for empathy. When we gain empathy, we master the art of understanding the feelings of others. So when we're in aggressive mood, we still understand our friend's boredom & we don't yell at them. When we're bored, we understand our partner's energy & we don't disrespect him/her. When we're calm, we don't tag the aggressive as bad & when we're in doubt, we tend to learn from the confidence of the others.

All this makes me remember to what Sharma Uncle said to me twenty years back. After that ABCD quiz, he came closer to me, lowered his tone & said...

"Beta, you're good. But remember,
ABCD, is not enough!"

You have an unread message from Corona

- March 29, 2020
Hello potential host! Reading this won't kill/infect you. But if one of those religious gurus (the ones who asked you to avoid me via turmeric and ginger) says so, please shut them up on their face and I shall not even touch you! 575,444 confirmed cases. 26,654 deaths. That's the update from WHO regarding me. But do these numbers really define me? Enough has been said about me. Enough has been written about me. Enough has been blamed upon me. Now, it’s my turn. First of all, stop calling me a deadly virus. That sounds like quite a reductionist tag. But what else can be expected out of you as a human, who is habitual of jumping to the conclusions from the maximum possible altitude! Just look around and tell me what wrong did I do! Look at those streets that you messed up every day. Open your windows and breathe that fresh air, which is available 24/7 now. Hear those melodious birds chirping all around. Experience that silence for which you used to scale the
Read more

India is not a victim of CAA/NRC. India is not a victim of the recent incidents of rape. India is not a victim of the economic slowdown. India is a victim of the Indians who haven't understood any of the above.  Such proud Indians easily fall into 2 categories - Indians residing in rural/semiurban India. Indians residing in urban India. The first category is formed by the ones who themselves suffer from limited opportunities, limited resources, limited grocery, limited food, limited education but are blessed with unlimited data. 2 GB per day keeps their conscience away. All they need is to enroll themselves in Whatsapp University and start enhancing their IQs by daily consumption of images & videos, duly prepared by various IT cells. They are looted in hospitals, they are denied their subsidies and they struggle to get the pension that they deserve. Still, a lot of them will credit the government for it has performed a surgical strike in Pakistan. A rural Indian
Read more

- May 05, 2019
Dear Prime Minister, I sincerely hope that you had your mango today. I have been following your recent interviews for quite some time & couldn’t stop myself from writing this letter. All of your recent interviews were absolutely honest, candid & confident in the true sense of the word. Being an engineer (with a real degree) by profession, I too have given a few interviews as a part of recruitment. If I were to establish a quantitative comparison, I have probably appeared for as many interviews as you have after you became the PM. Please note, I have been modest in excluding the interviews that were chaired by my respective relatives. But you have beaten me on the quality of interviews, sir. While I was being questioned on algorithms, database design & guesstimates, you faced the horrible wrath of daily routine, hobbies and your mango eating habits. While I did not really leave a good impression in my interviews, you simply hit the nail on the head. In no
Read more