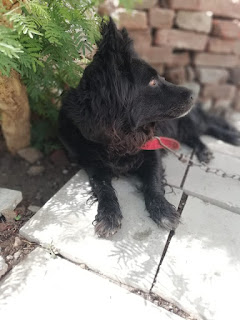 You have an unread message from Corona

- March 29, 2020
Hello potential host! Reading this won't kill/infect you. But if one of those religious gurus (the ones who asked you to avoid me via turmeric and ginger) says so, please shut them up on their face and I shall not even touch you! 575,444 confirmed cases. 26,654 deaths. That's the update from WHO regarding me. But do these numbers really define me? Enough has been said about me. Enough has been written about me. Enough has been blamed upon me. Now, it’s my turn. First of all, stop calling me a deadly virus. That sounds like quite a reductionist tag. But what else can be expected out of you as a human, who is habitual of jumping to the conclusions from the maximum possible altitude! Just look around and tell me what wrong did I do! Look at those streets that you messed up every day. Open your windows and breathe that fresh air, which is available 24/7 now. Hear those melodious birds chirping all around. Experience that silence for which you used to scale the
Read more

India is not a victim of CAA/NRC. India is not a victim of the recent incidents of rape. India is not a victim of the economic slowdown. India is a victim of the Indians who haven't understood any of the above.  Such proud Indians easily fall into 2 categories - Indians residing in rural/semiurban India. Indians residing in urban India. The first category is formed by the ones who themselves suffer from limited opportunities, limited resources, limited grocery, limited food, limited education but are blessed with unlimited data. 2 GB per day keeps their conscience away. All they need is to enroll themselves in Whatsapp University and start enhancing their IQs by daily consumption of images & videos, duly prepared by various IT cells. They are looted in hospitals, they are denied their subsidies and they struggle to get the pension that they deserve. Still, a lot of them will credit the government for it has performed a surgical strike in Pakistan. A rural Indian
Read more

- May 05, 2019
Dear Prime Minister, I sincerely hope that you had your mango today. I have been following your recent interviews for quite some time & couldn’t stop myself from writing this letter. All of your recent interviews were absolutely honest, candid & confident in the true sense of the word. Being an engineer (with a real degree) by profession, I too have given a few interviews as a part of recruitment. If I were to establish a quantitative comparison, I have probably appeared for as many interviews as you have after you became the PM. Please note, I have been modest in excluding the interviews that were chaired by my respective relatives. But you have beaten me on the quality of interviews, sir. While I was being questioned on algorithms, database design & guesstimates, you faced the horrible wrath of daily routine, hobbies and your mango eating habits. While I did not really leave a good impression in my interviews, you simply hit the nail on the head. In no
Read more